Writing on the wall – thousands engage in #LabelledHuman at LDB18 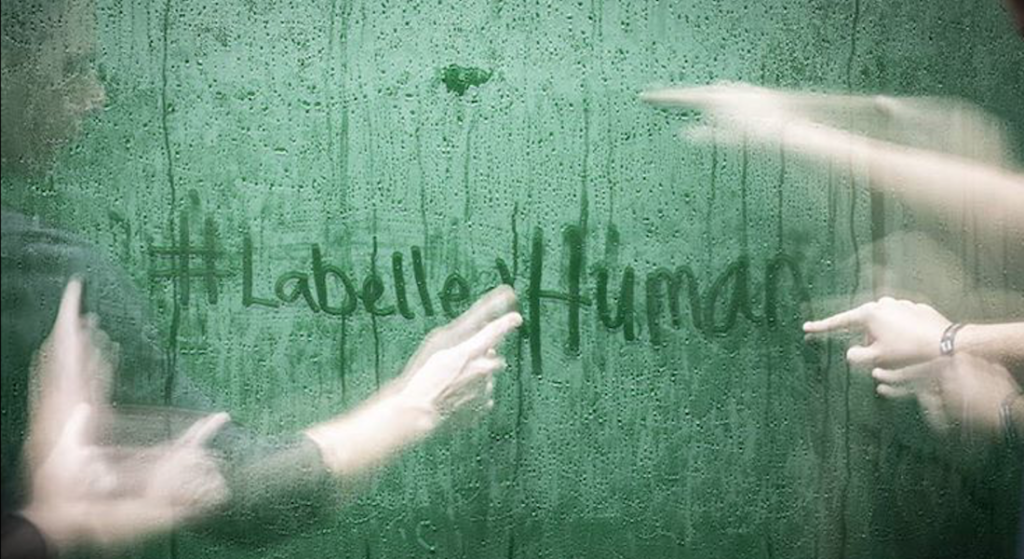 The campaign addresses increasing social divides, with those considered different, labelled and quickly disregarded in some areas of society. Creative partners, Stretton-Downes & Jankowiak, developed the concept for the campaign, and now have secured backing from partners across the globe.

The awareness campaign emphasised use of print and digital assets with the campaign’s brand. The campaign’s signature orange and black colour pallet stem from water rescue emergency equipment such as life jackets; the colours deliberately allude to victims of the current refugee crisis who frequently find themselves the target of labels. The design of much of the assets are derived from the international symbol for the refugee nation, the Refugee Flag (designed by Yara Said).

Campaign participants were invited to breakdown positive, negative or restrictive labels by sharing terms they’ve been labelled digitally on social media on printed cards provided or on objects in their surroundings; the labels were then broadcast on the campaigns interactive website and tracked across social media.

The campaign slogan being, I’ve been labelled (insert own label) but “ultimately, we’re all #LabelledHuman”. The #LabelledHuman campaign saw thousands of engagements from visitors across the month of October in 2018, both digitally and through the printed assets at Somerset House, London.